The internal doors within building have, historically always been timber. This is still largely the case. The earliest doors were generally of the ‘ledge and brace’ construction. The ledge refers to the horizontal timbers, usually three, one near the top, one midway in the door and one near the bottom. The brace refers to the two diagonal timbers between the ledges. The braces support the ledges and keep the door square. This arrangement made a framework onto which were nailed vertical boards. This type of internal door is still found in old cottages, and many other buildings over a century old. In other old buildings, where cost and workmanship were not a limitation, doors with solid timber raised and fielded panels were often used. The raised and fielded design has been around since the 17th century. It was used to give stability to furniture and doors. The solid timber panel was framed in a mortice and tenon frame. In stately homes and the homes of the wealthy the panels would often be ornately carved. The 20th century saw the introduction of the flush door. This type was usually of a hollow construction with a lightweight frame and hardboard or thin plywood facings. Often the interior would be filled with a honeycomb of cardboard to deaden sound and prevent the facings ‘drumming’. This construction was referred to as ‘egg box’. The introduction of mdf, (medium density fibreboard), led to moulded panel designs of these doors. These designs were mostly traditional to give a raised and fielded panel effect. Lakes Garage Doors are proud to be distributors of the Silvelox Domina range of internal doors. These doors are a luxury internal door. They have many design and architectural possibilities for designers. There are many options available within the range. Choices include: wood species, colours, hardware, glass and sizes. These doors can be manufactured up to 3 metres in height. ...More 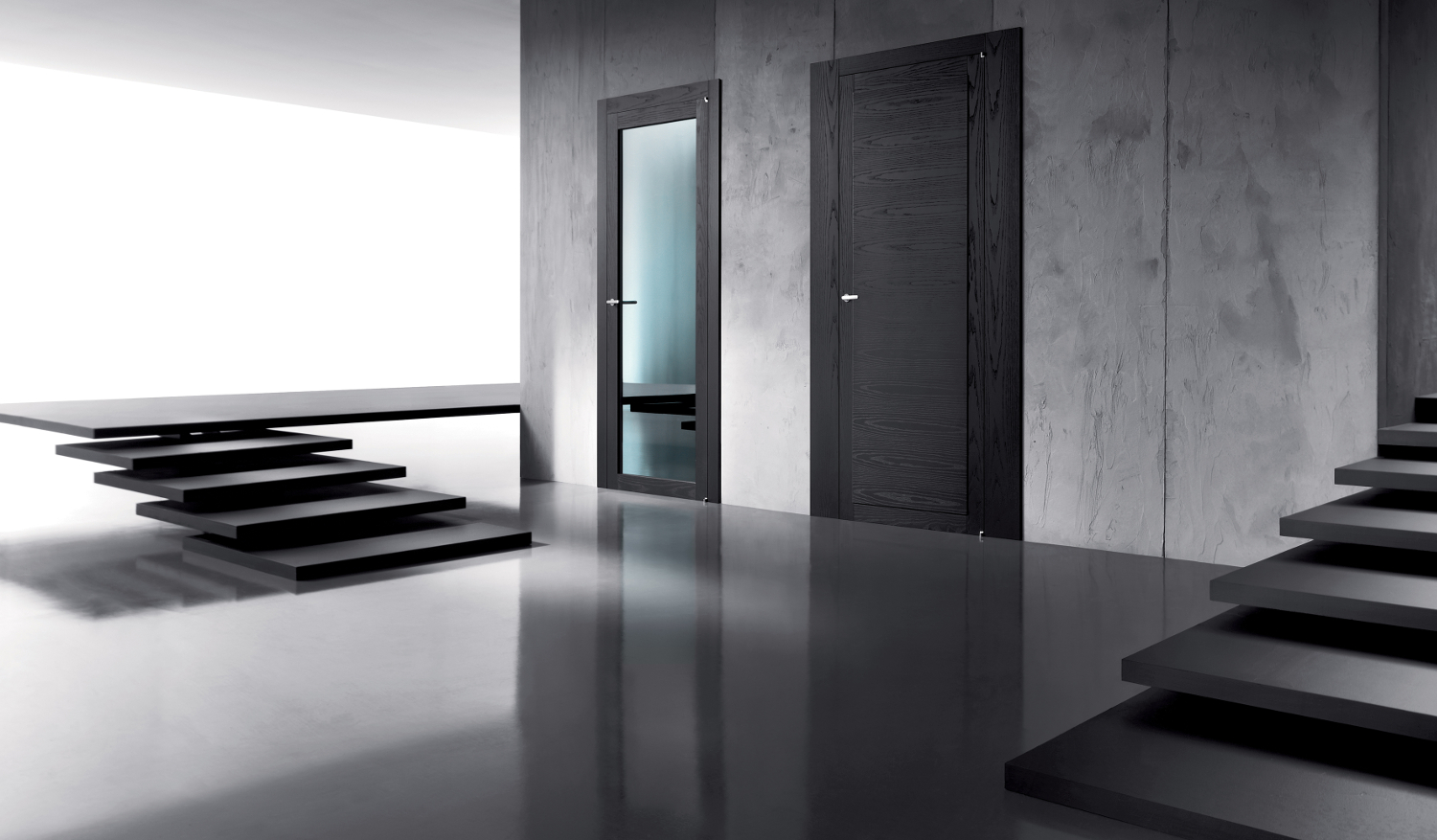